What Is Sensory Integration?

The brain receives countless pieces of information from internal and external stimuli at every second. The brain’s ability to classify, organise, store, recall and utilise this information provides the basis for learning. Sensory integration can therefore be best described as “the organisation of sensation for use” (Ayers, 1995).

Sensory processing is the organization of sensory input from the body and the environment for use. The brain must also develop the ability to plan and sequence unfamiliar actions. Motor performance is the actual execution of the gross and fine motor coordination. The brain directs and processes the traffic flow of information and translates it into a language that it (and the body) can understand, one that is primarily electrochemical. 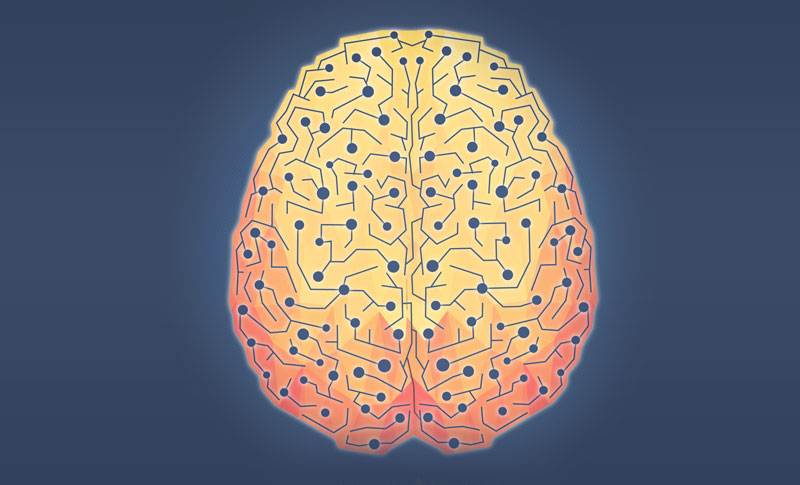 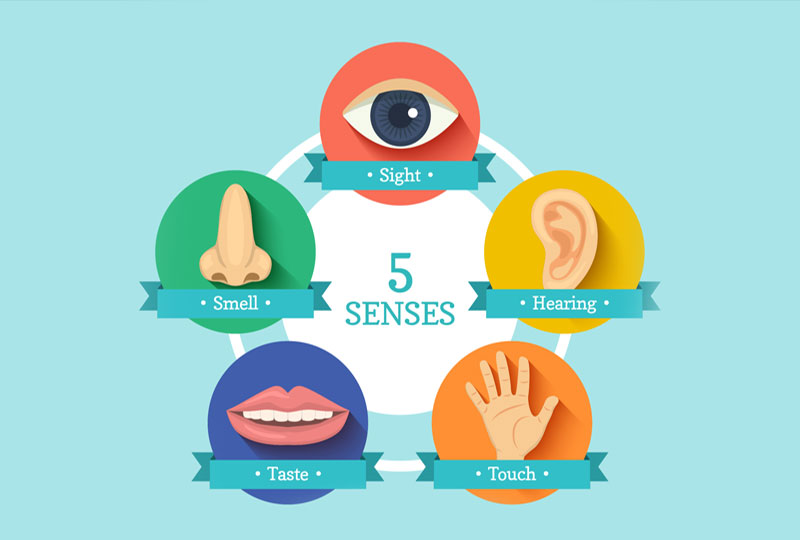 This sensory processing is broken down to specific areas simplistically outlined as follows:

Sensations may be thought of as “food for the brain”, and when they flow in an integrated manner, the brain can use those sensations to form perceptions, behaviours and learning. Without integration, the sensations cannot be ‘digested’ and used. Perception involves collating, interpreting and assigning meaning to sensations by taking into account our expectations, our experiences and our culture. The primary perceptual functions assessed in young children include visual, auditory, and tactile discrimination. Some higher order perceptual skills include visual or auditory figure ground perception, visual-spatial relations, auditory memory, and the ability to perceive the form of an object by using the sense of touch. Sensation is influenced by the task demands and the child’s prior sensory experiences and level of arousal. For example, a light touch perceived as pleasant by one child might be considered threatening or even painful by another.

The human body was designed to move, and it is our early experiences that lay the foundation of what follows. Every movement is a sensory motor event, and movement reinforces our learning capacity – to truly store something mentally, some type of movement activity is required – either speaking out loud, writing or other physical action such as gesticulation. The brain develops from the moment of conception and continues to develop – normally in an ordered set of sequences well after birth.

Constant sensory input and processing are required throughout life as well as in the early stages to maintain active development of neural networks within the brain. Every new motor activity performed generates a burst of neural formation creating new connections within the brain. If these new connections are not reinforced, they are literally reabsorbed by the cell body. The brain will not expend more than it has to, and only puts energy into what it actively uses.

The old adage “use it or lose it” is truer than most people think. Movement actually promotes good health in many ways. Consciously controlled and coordinated movements stimulate nerve growth, increasing the number of connections in the brain. The more precise the movements, the more developed the networks will become. Movement stimulates increasing diversity of connections, which allows thoughts to spread beyond its original focus – we can ‘think outside the square’. Movement then stimulates creativity.

70% of sensory input for humans is visual, and vision therefore plays a large part in the process of learning. Hearing of course plays an important part as well, and is very dependent upon movement. The ability to orient ourselves to a sound in our environment is critical for our survival. It is one of the first complex senses that we develop in the womb. Many things can go wrong with the sense of hearing and balance. 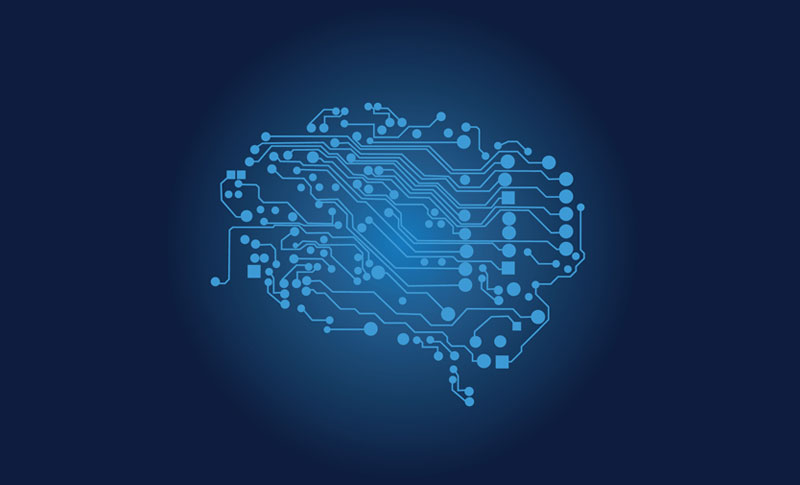 Without being able to hear properly, (certain frequencies may be ‘blocked’ due to the infection) we are unable to process and integrate that information. As a result, language, both written and spoken, may be delayed, the sense of balance disrupted or worse. The following example, reiterates this concept -continued ear infections during the critical periods of neuronal network formation will disrupt normal development. With each ear infection crucial frequencies of sound are not integrated within the critical time frame of development. Developmental delay is proportionate to recovery time.

Developmental delays can impact on motor and sensory learning. In the normal course of growth and development, from foetus through infancy and adolescence, there are various important stages or milestones that we must progress through in order to experience sensory input for proper processing and integration for future learning. If we miss or skip such milestones, the integration facility of sensory input is ‘not quite there’, and we will either learn to compensate for such missed steps, finally inhibit them, or may experience learning difficulties. 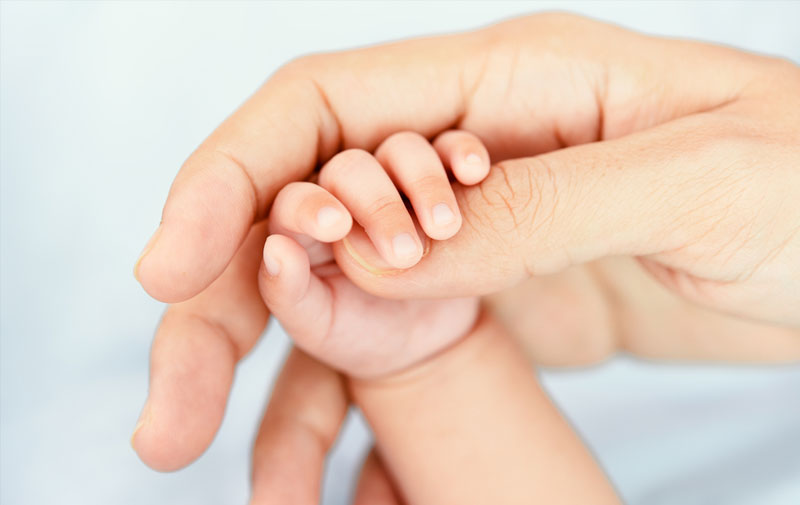 When children are born, they emerge from the womb with primitive reflexes – physical responses that are initiated without conscious thought or intention. These reflexes allow the child to cope with the influx of new sensory information in the new environment after birth. These initial reflex patterns should within the first few years be overtaken and inhibited by voluntary actions – these are referred to as postural reflexes or postural control. Sensory integration may be attributed to uninhibited primitive reflexes.

The retention of primitive reflexes does not always present clearly. One example is the palmar reflex, where the fingers automatically close when the palm is stimulated. A child who has retained the palmar reflex will not demonstrate this precise characteristic at the age of 6, but instead may have poor pencil grip and trouble with fine motor coordination or manual dexterity. Each primitive reflex has its own set of consequences if it hasn’t been fully inhibited by its postural equivalent.

In another example, babies who are not taught to sit up, generally do so when developmentally ready after the ‘creeping and crawling’ stages of normal development. Those who are left on their backs for long periods of time may not learn to crawl and instead, will often become ‘bottom shufflers’, or will pull themselves up to stand and walk, thus missing the important sensory-motor experiences of creeping and crawling. It is during creeping and crawling that lateralisation or the ‘choice’ of the dominant side – left or right, will take place. Excessive use of playpens, bouncers and walkers deny the childfree explorative movement on the floor, and any surface which hinders movement (such as slippery tiled surfaces etc.) can be a hindrance to normal development. Early walking under 10 months and not preceded by crawling and creeping can herald future problems, especially if the child is already hyperactive.

This hindrance is in the form of retained ‘primitive’ reflexes, which should have been inhibited at certain important stages of growth and development. (Often referred to as Developmental Movement Therapy). Therapies that address these issues in a sense, allow the child to relive the experience of sensory development so that the primitive reflexes are revisited and overtaken as they ideally would have been during the child’s infancy.

Finally, the integration of the cerebral cortex, eyes, hearing, the vestibular system and feedback from the core muscles of the body is central to the process of learning as all are important in our ability to maintain attention to the world around us. These activities have intimate connections to critical parts of the brain, particularly the Reticular Activating System, an important mechanism in maintaining our levels of arousal, our ability to maintain attention, to take in and consider information received. If there is disruption along the process lines at any point we may well find that we are not as alert, active, “in sync” or ready for learning as we should be.